I sometimes find it hard to be a personal style creator/blogger/writer/stylist, alot of my time is spent by myself and around people who don’t really understand why I’m on my phone all the time or want an outfit shot taken. However sometimes you get together with like minded people, and it’s the more rewarding thing ever, more importantly with bloggers and creators. I’ve been part of the Bournemouth blogger network for year and years and have met so many cool people that I love. Yes, I read their blogs on the regular too. Bournemouth bloggers were invited to try the new Brewhouse and Kitchen menu. Our location was, you guessed it, the Bournemouth location. 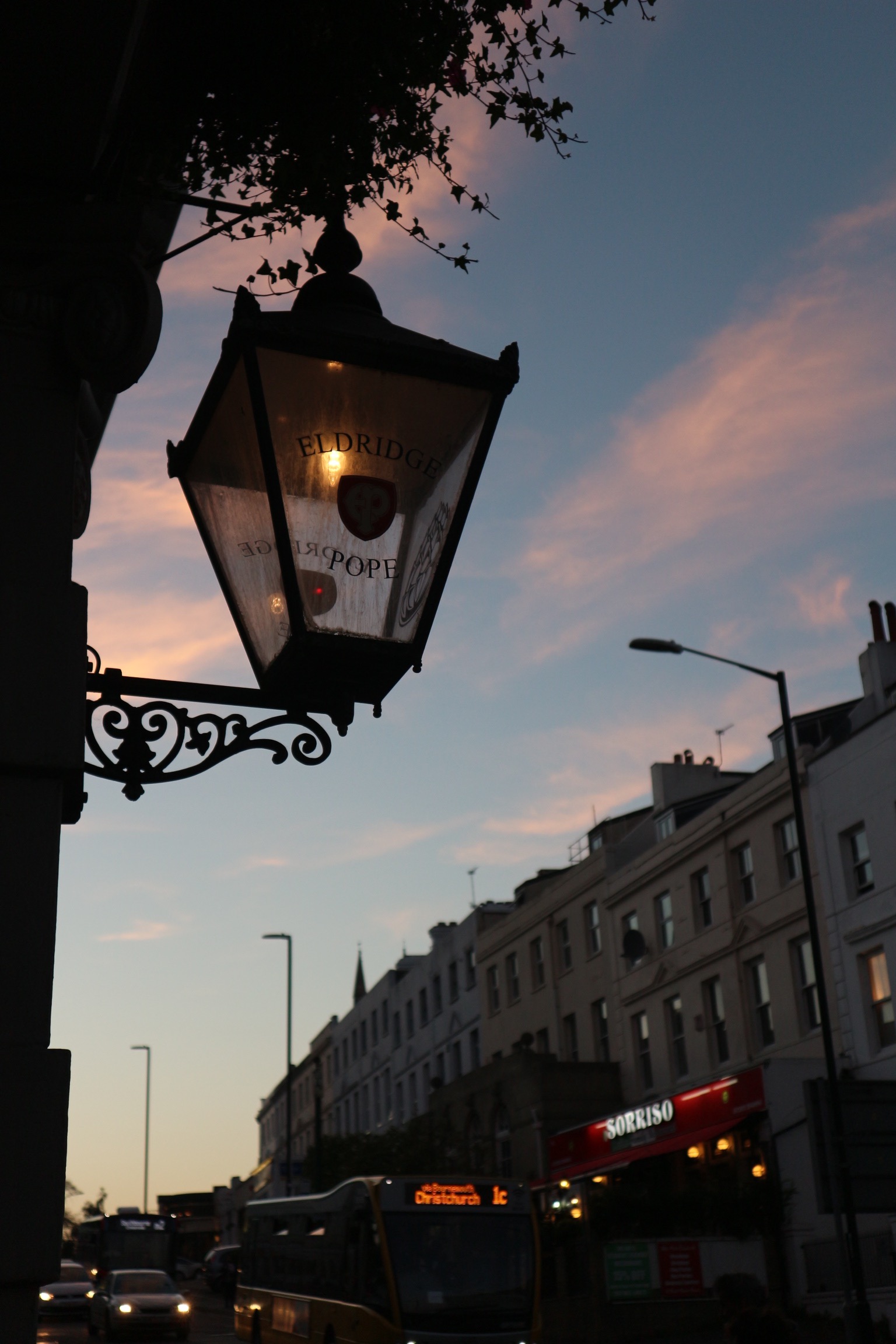 We were taken to our table upstairs , which had beautiful views of the Bournemouth at sunset. The vibe of B&K  is super relaxed and quirky. With bottle lighting and cinema light boxed advertising what beer they have to offer. I think the aesthetics of a place really decided for you if you’ll be returning. I definitely will. We were greeted with a glass of prosecco, which for me quickly changed to root beer. Tara from Face the Fun ordered an actual beer which she loved. I believe Bewhouse and Kitchen craft their own beer. 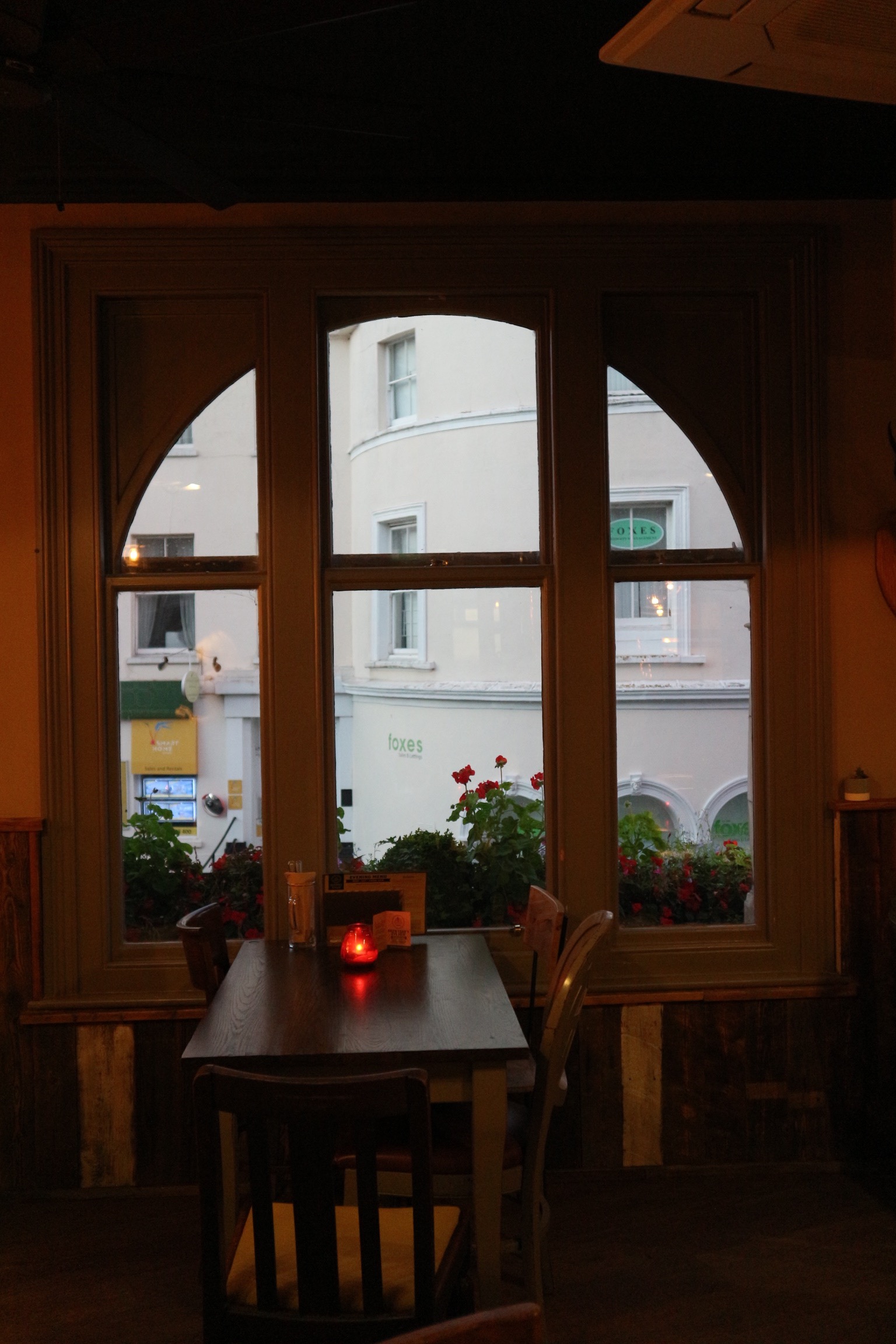 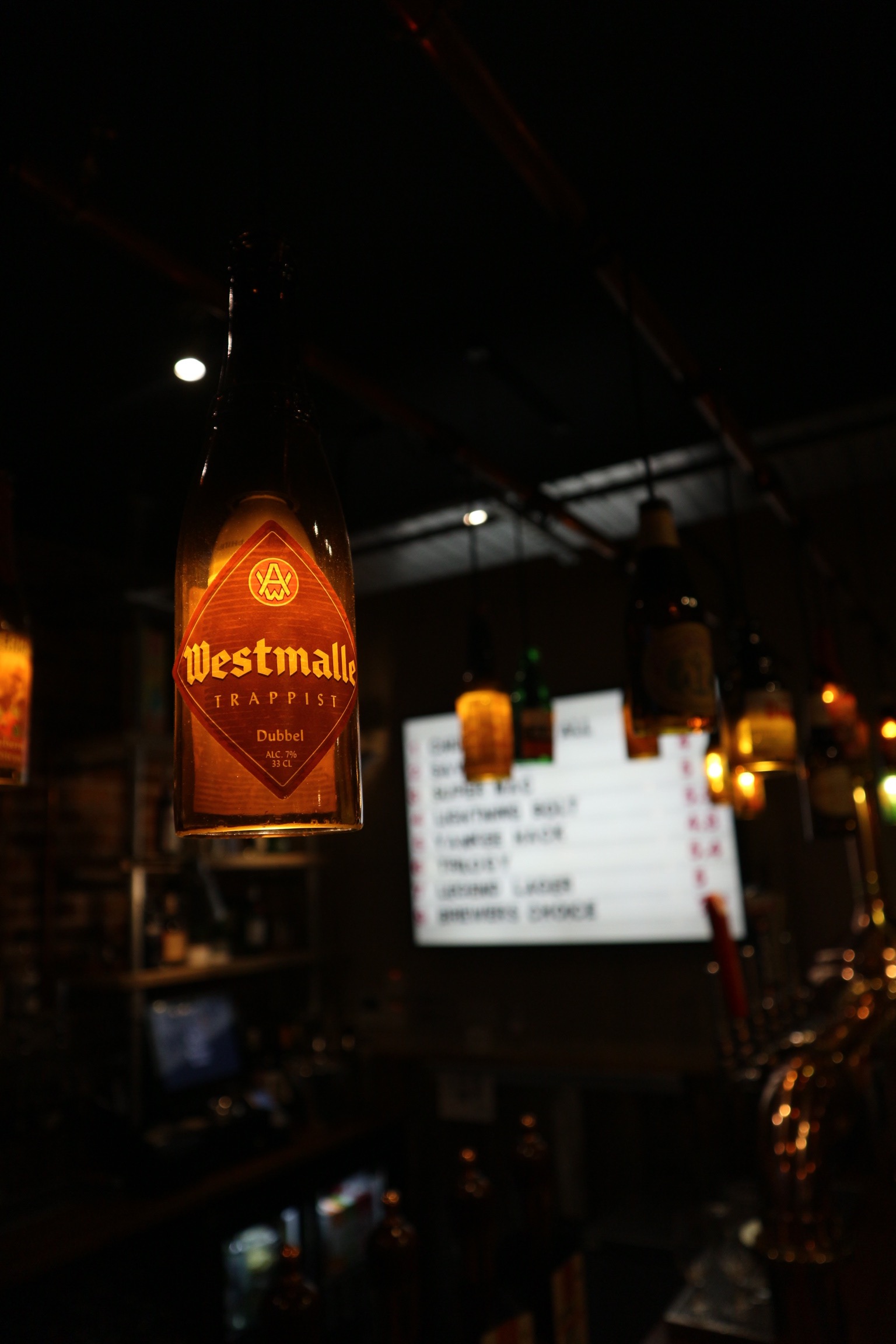 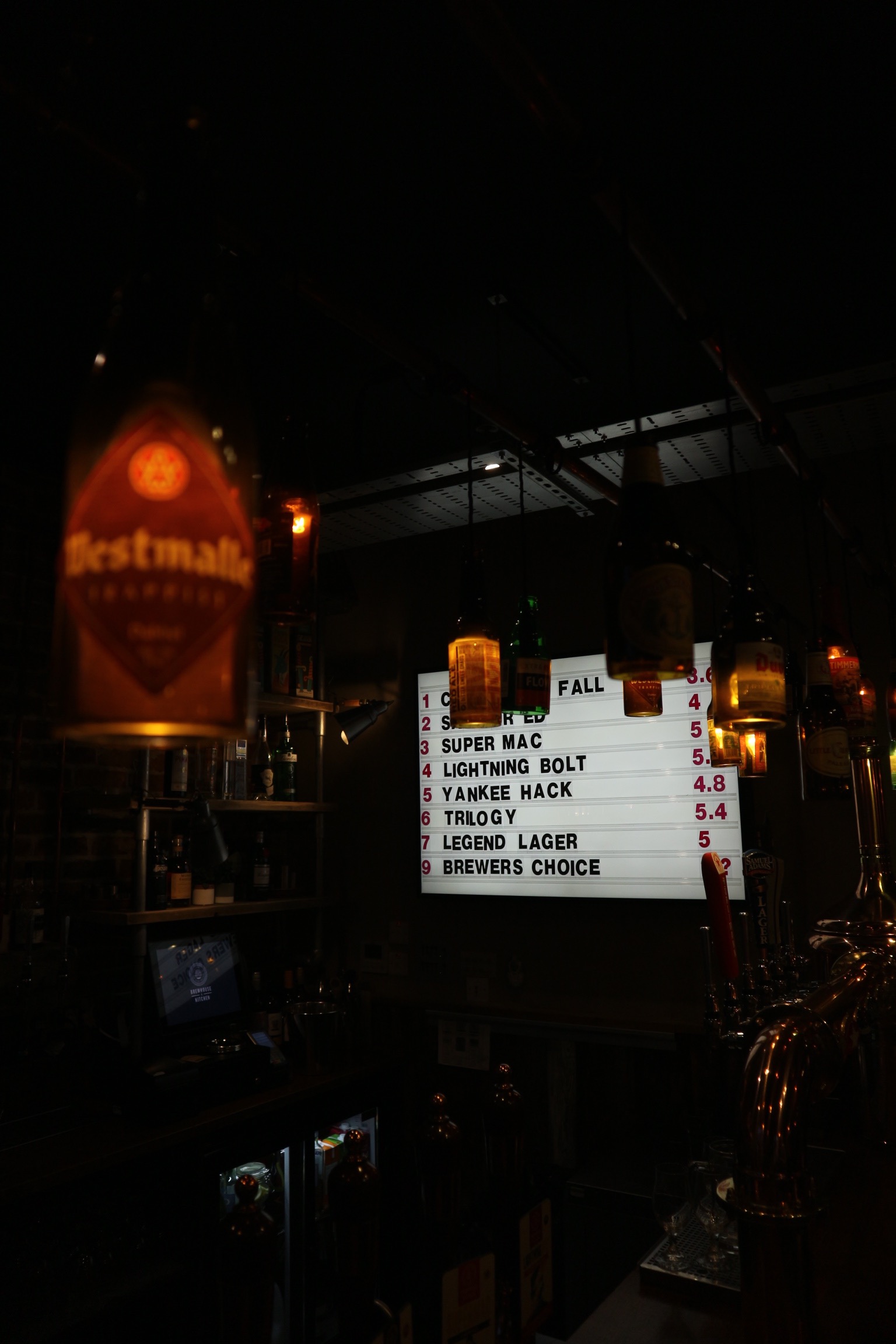 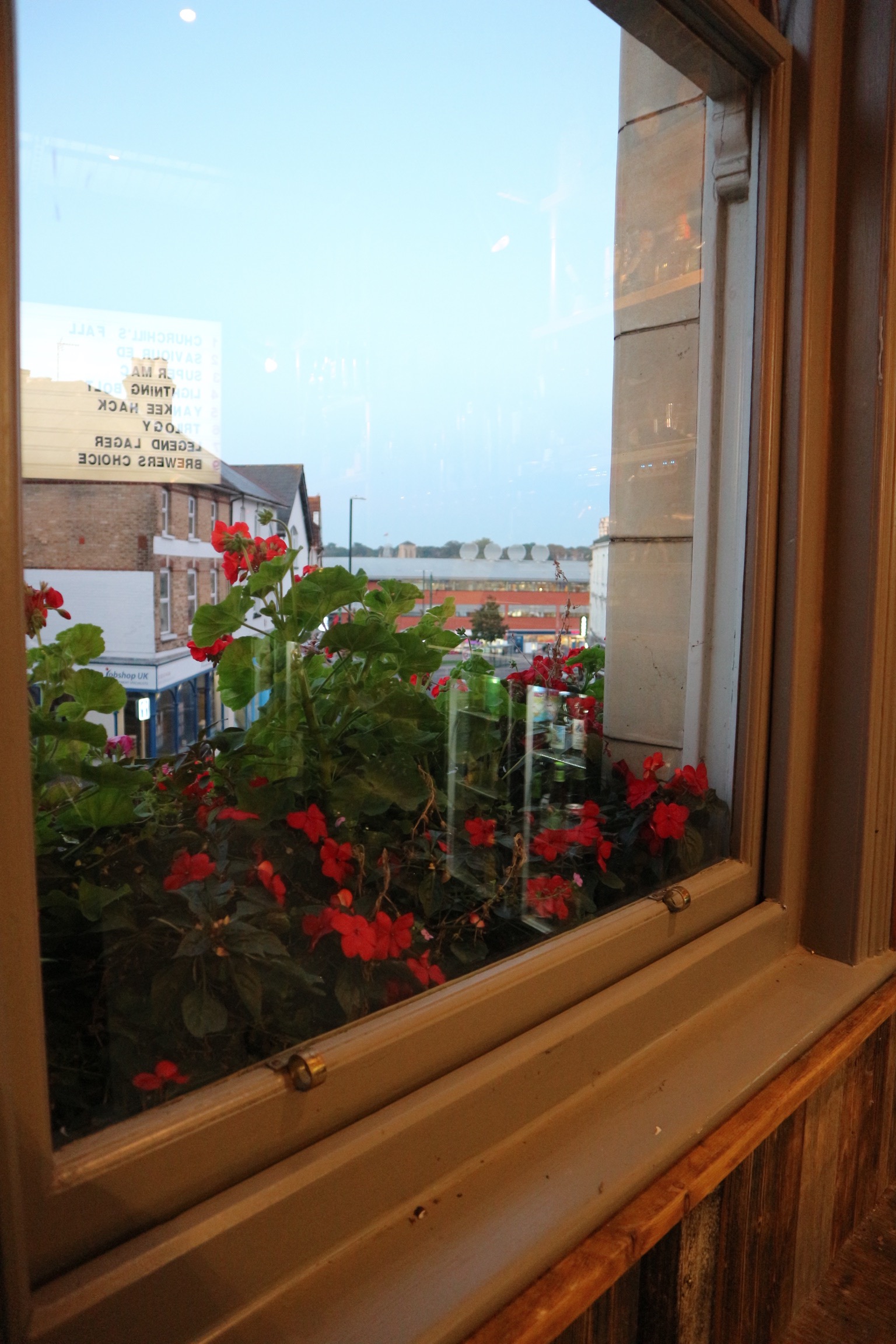 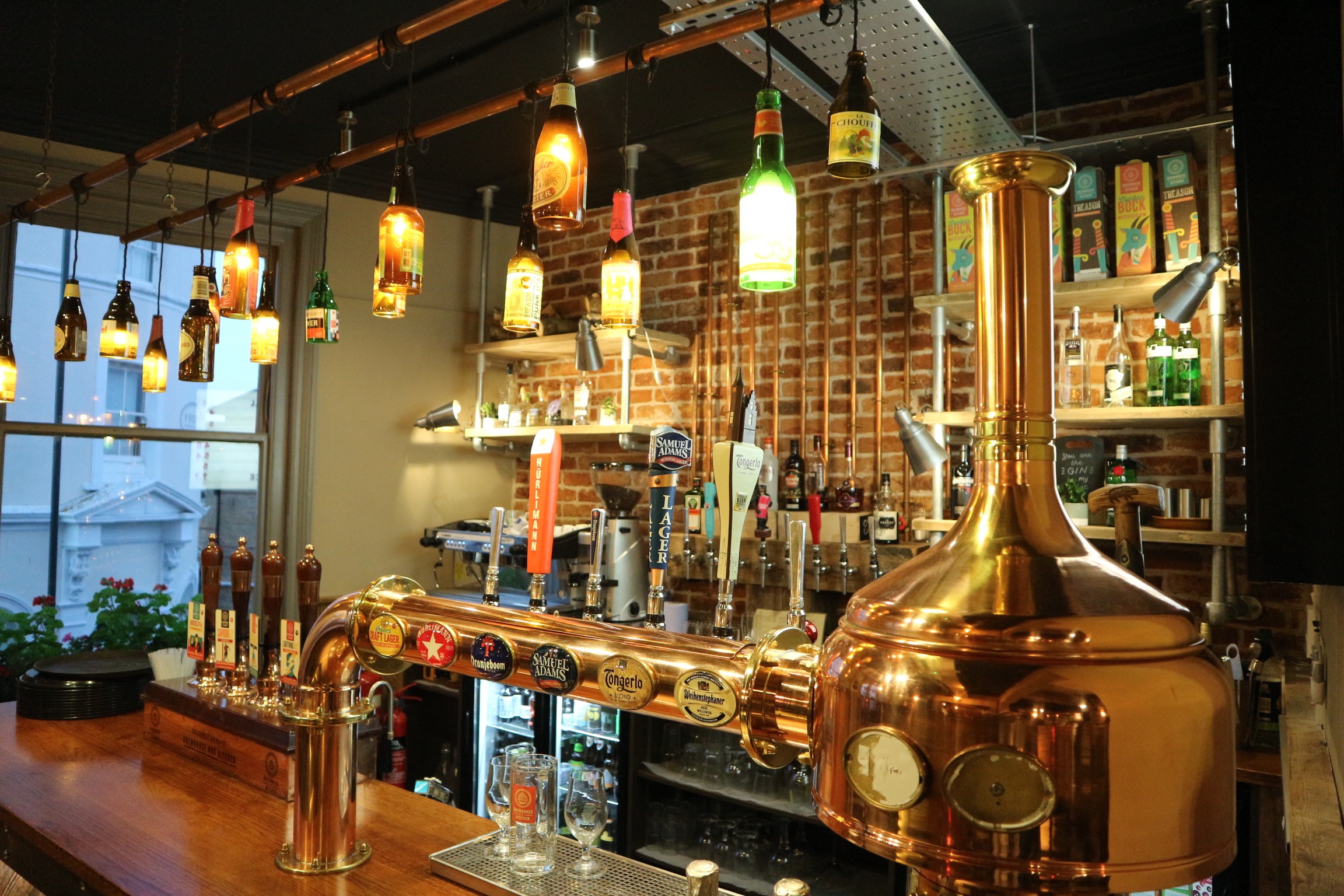 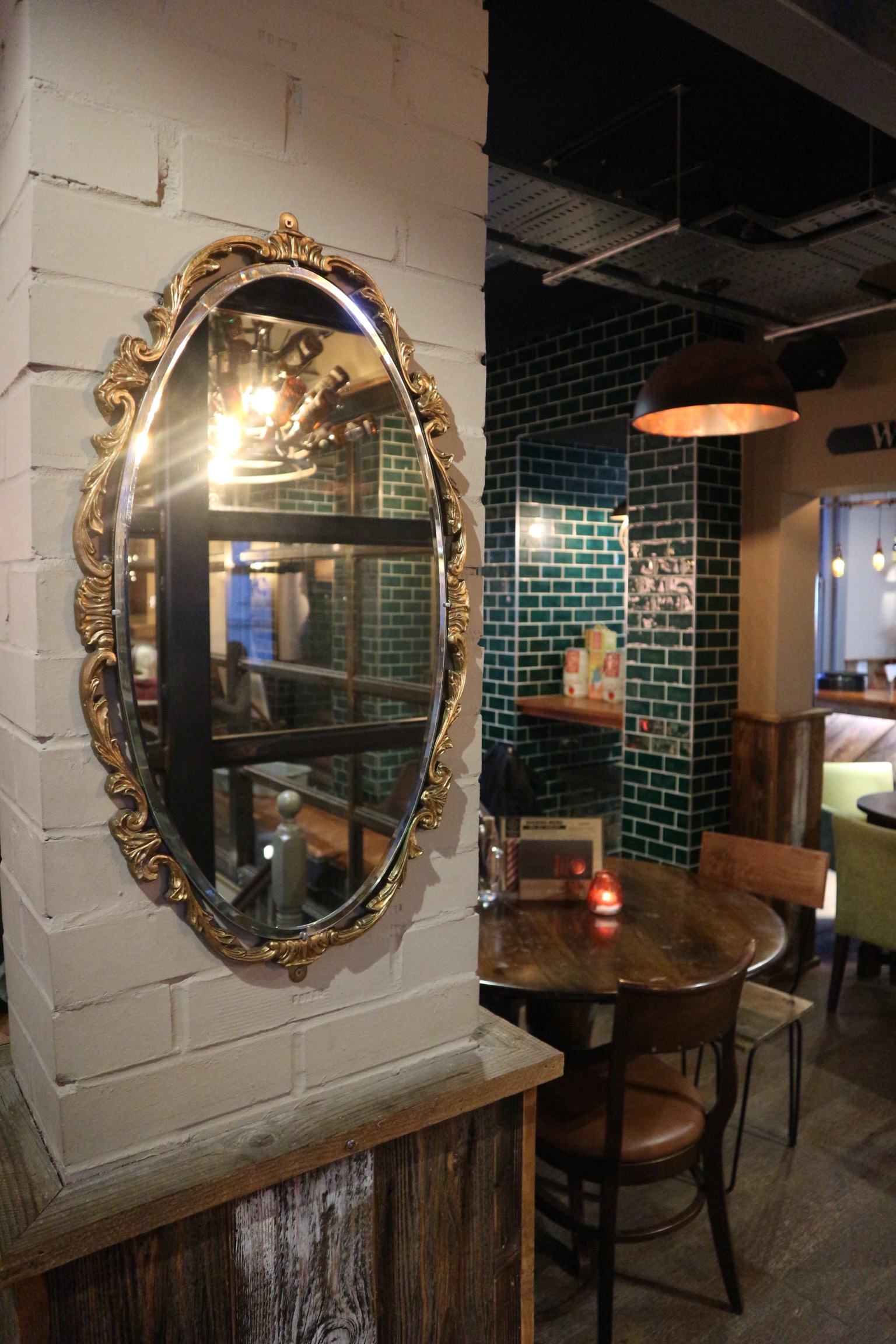 I’m someone who loves a starter but can never stomach a started and a main. But can’t bare missing out a main meal. B&K have really shown me that I can have starters and not feel left out. 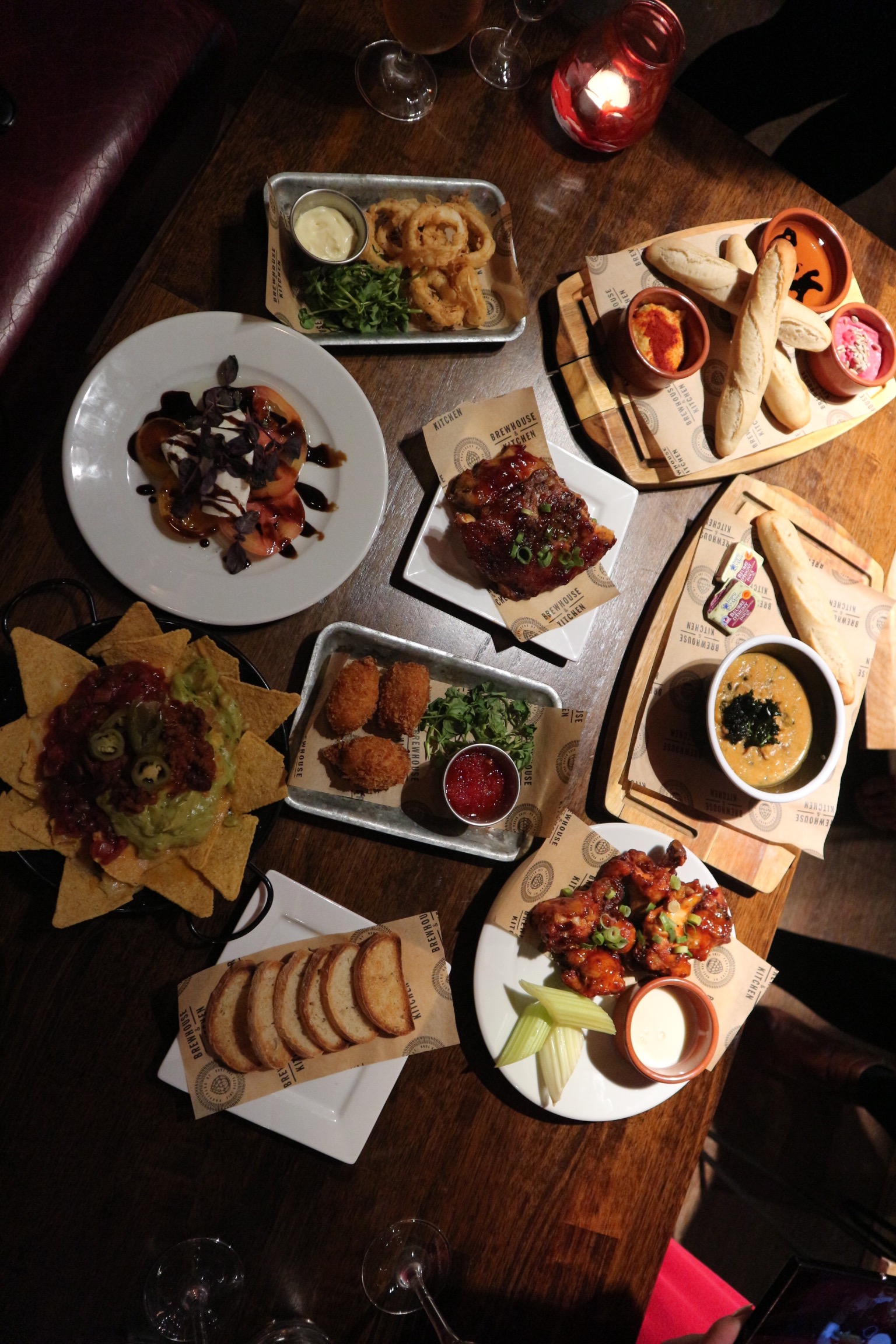 From the starters I tried, and believe me there were alot, the bruschetta -with heritage tomato and basil pesto was fantastic. The mini goat’s cheese and roasted shall coulis were delicious served with crostini. Two starters that you would more classical see on a menu were really delicious. The black pudding scotch eggs were so flavourful that I really didn’t taste the ‘black pudding’ element which is a relief. Of course I wouldn’t be myself if I didn’t mention ribs. The sticky half stack of ribs – English style ale were of course the favourite. I’m a creature of habit, what can I say? 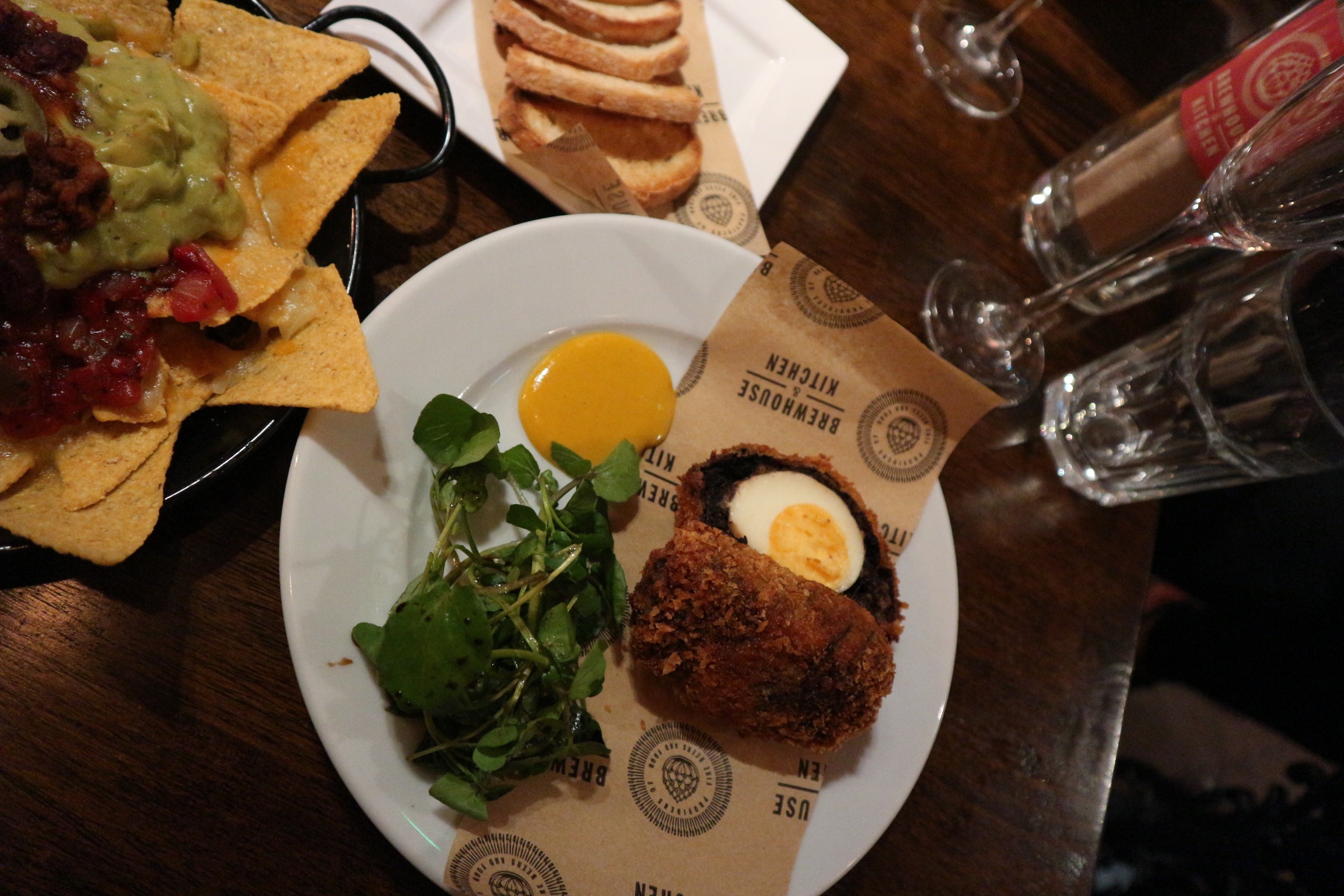 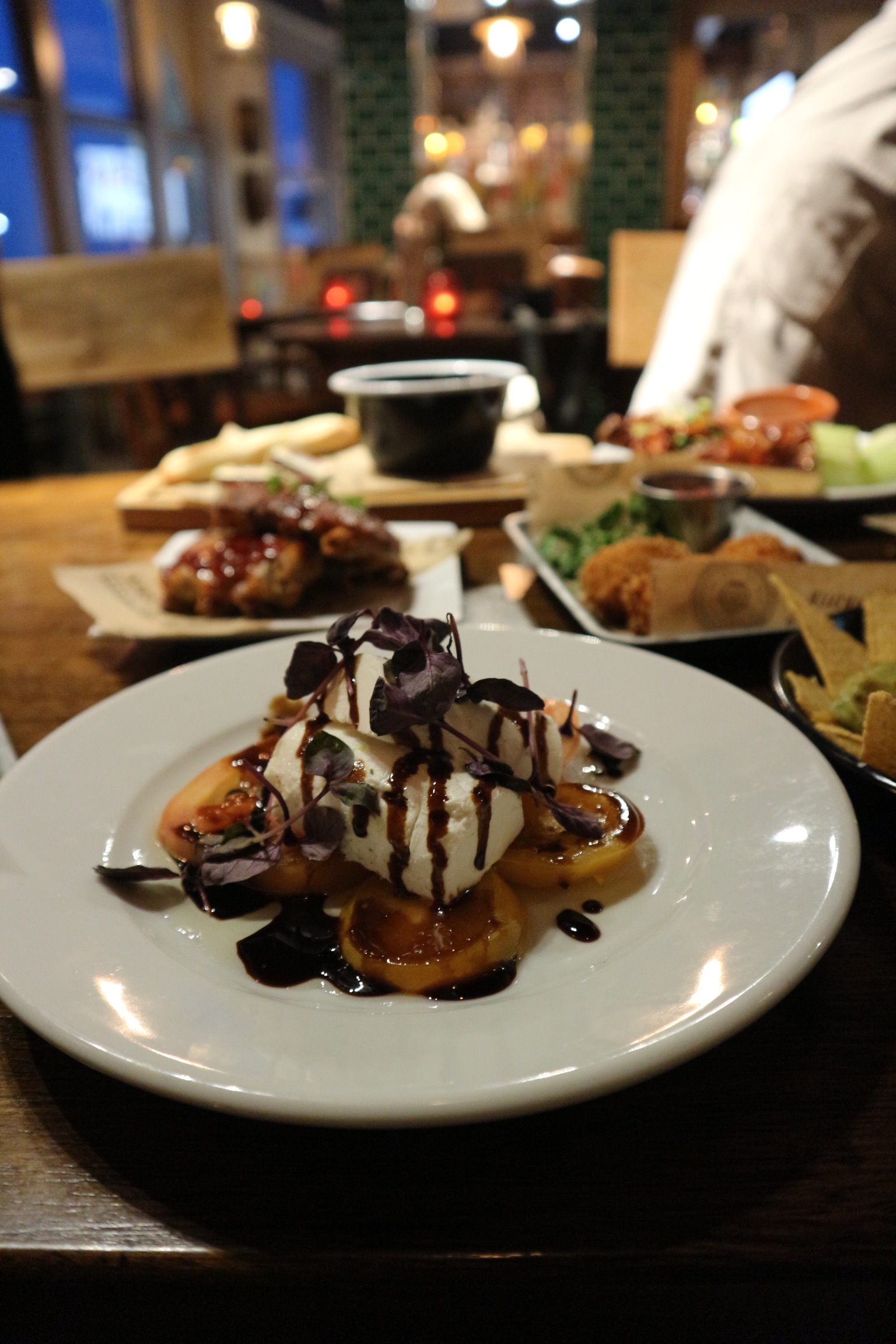 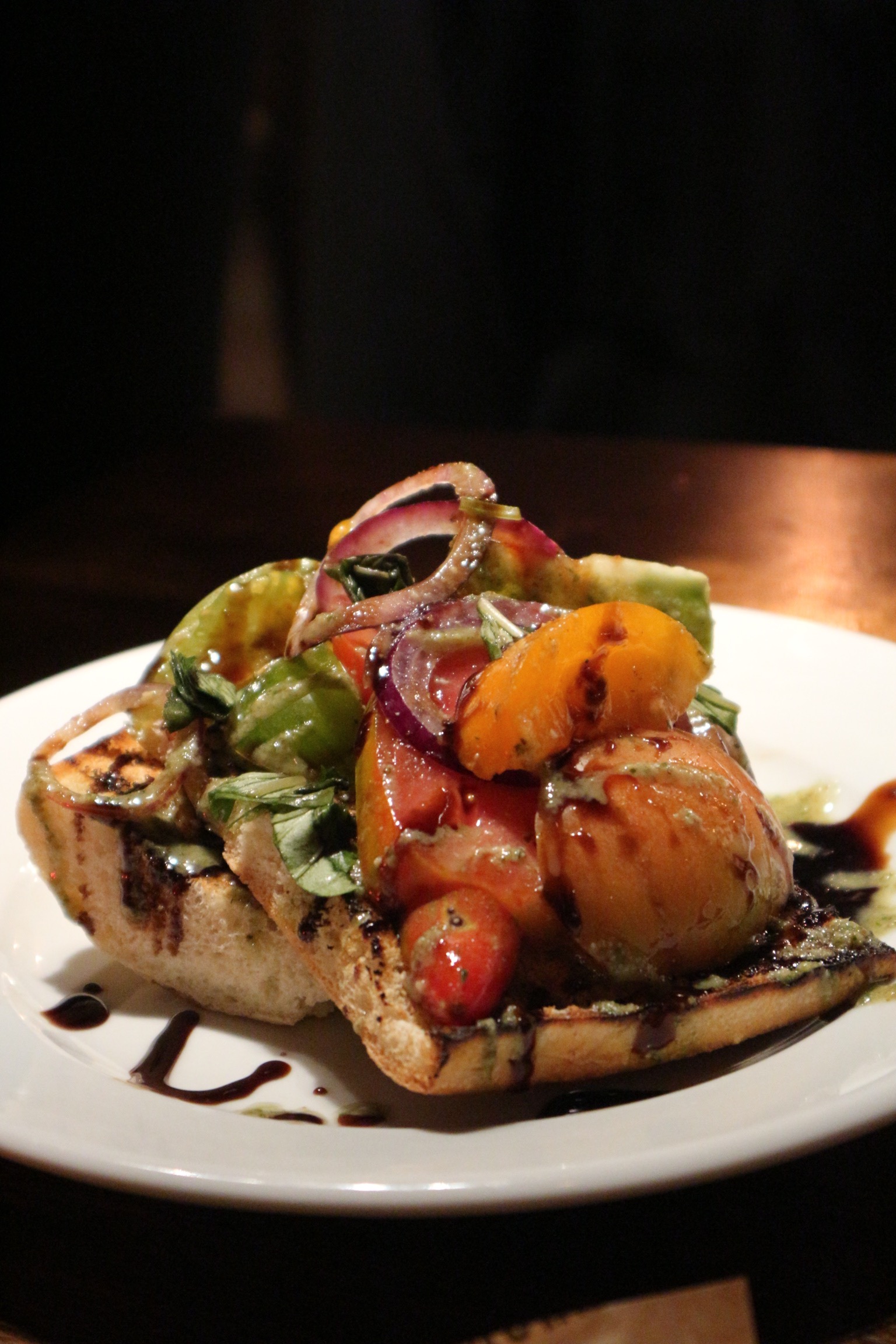 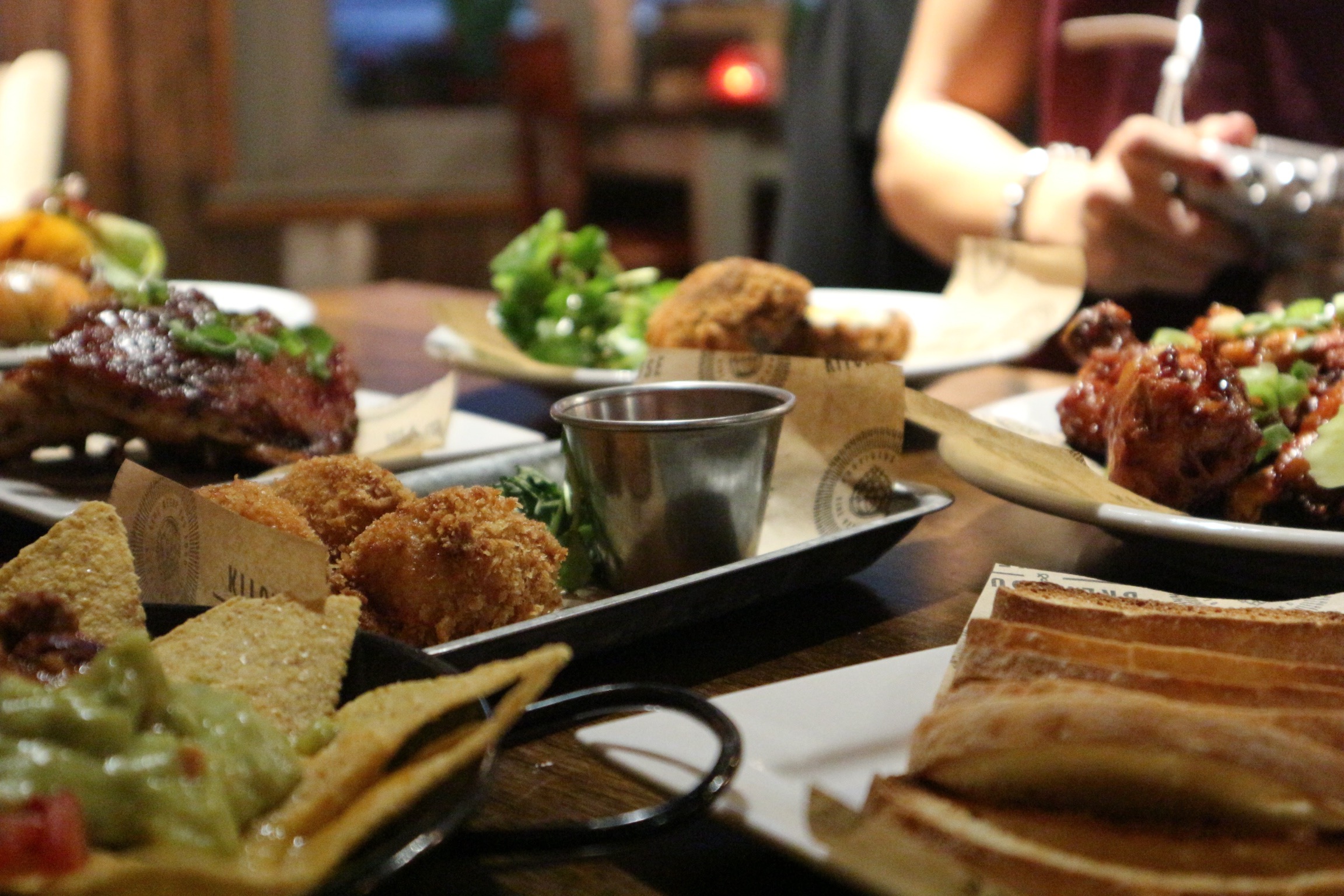 After indulging just a little too much, it was time for the mains. A plethora of different cuisines came to our table. To sample everything would have been a mammoth task. My selections were based off of what I wanted to sample and trying new things. To me a burger is pretty much a burger unless you go artisan and pay the price. For a change I tried the veggie burger with a vegan bun. Which really blew me away, the bun was a little dry but it was still so tasty. I’m sure I’d get it again next time and shock everyone with my choices. 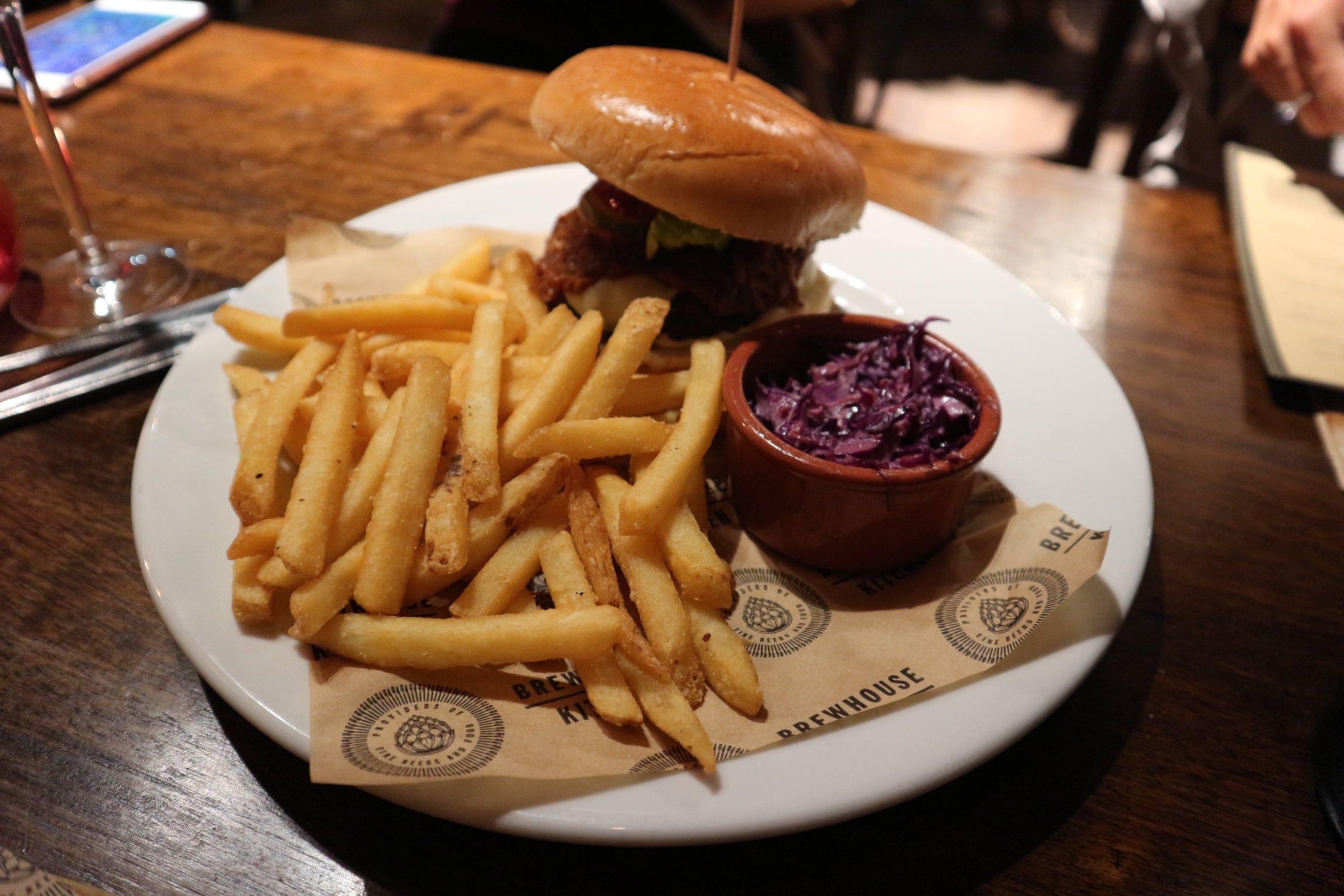 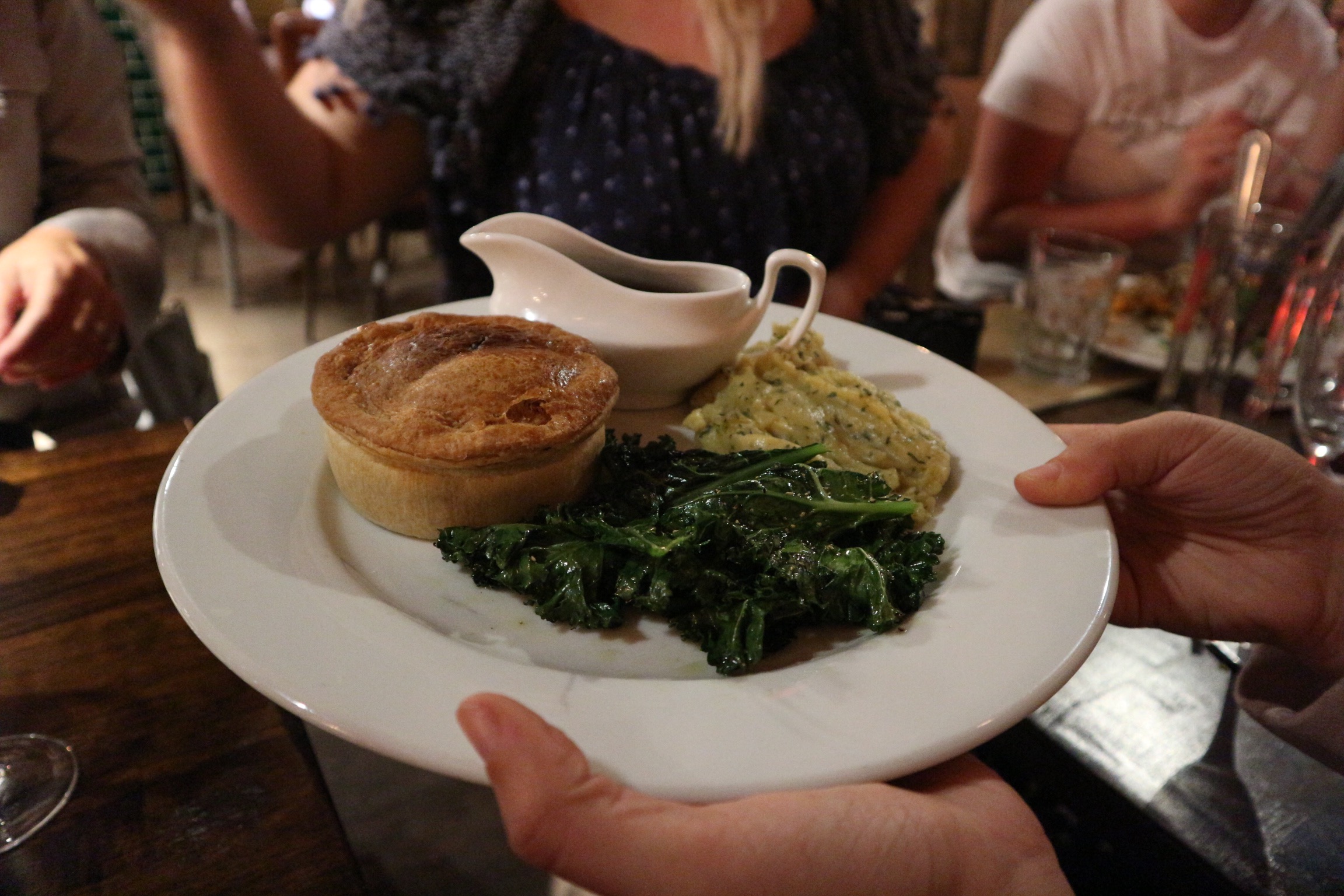 The Lamb, Pea & Mint Pie. Super tasty but I’m sure I’m allergic to pea so didn’t really have that much. 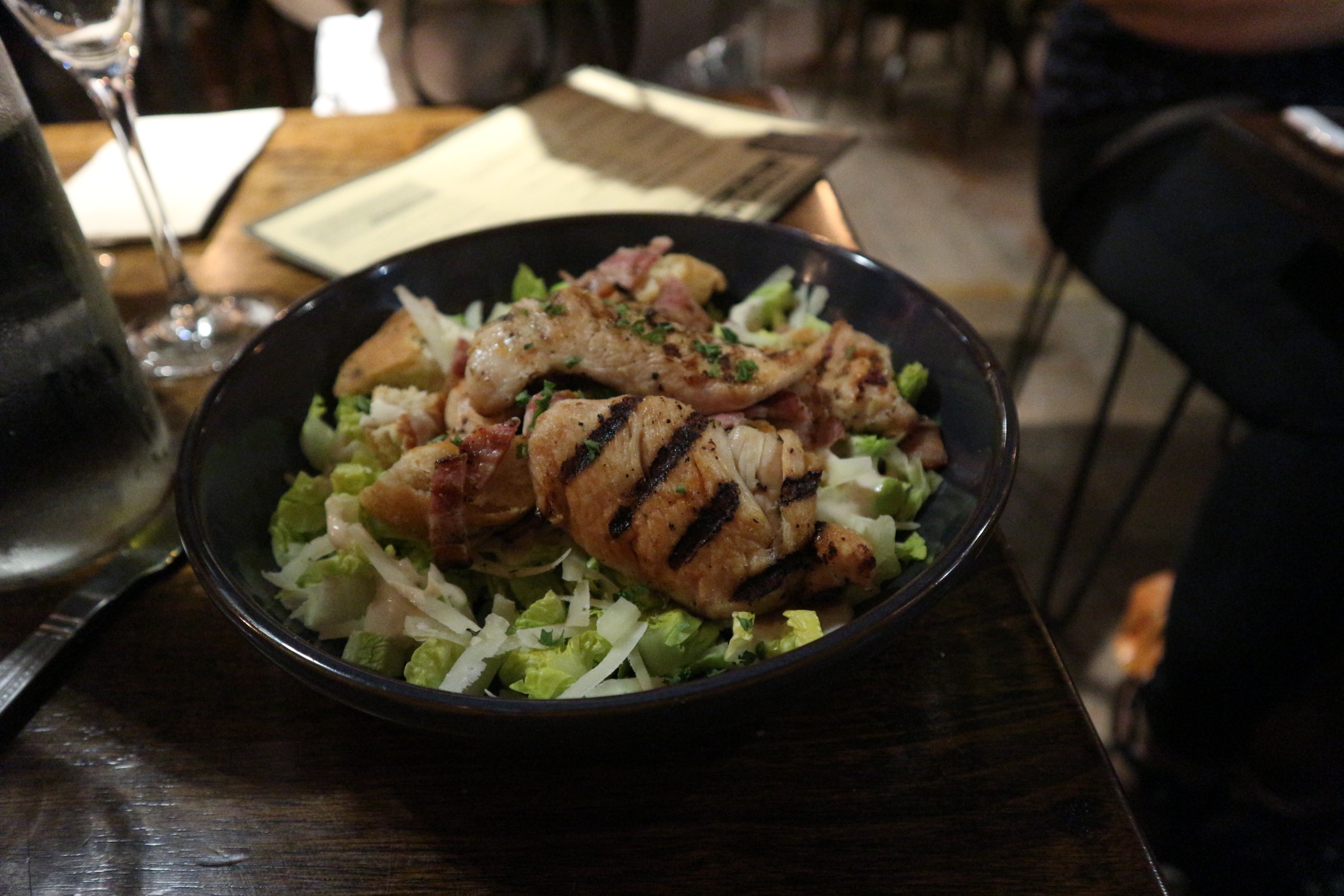 The best Caeser Salad I think I’ve ever had. 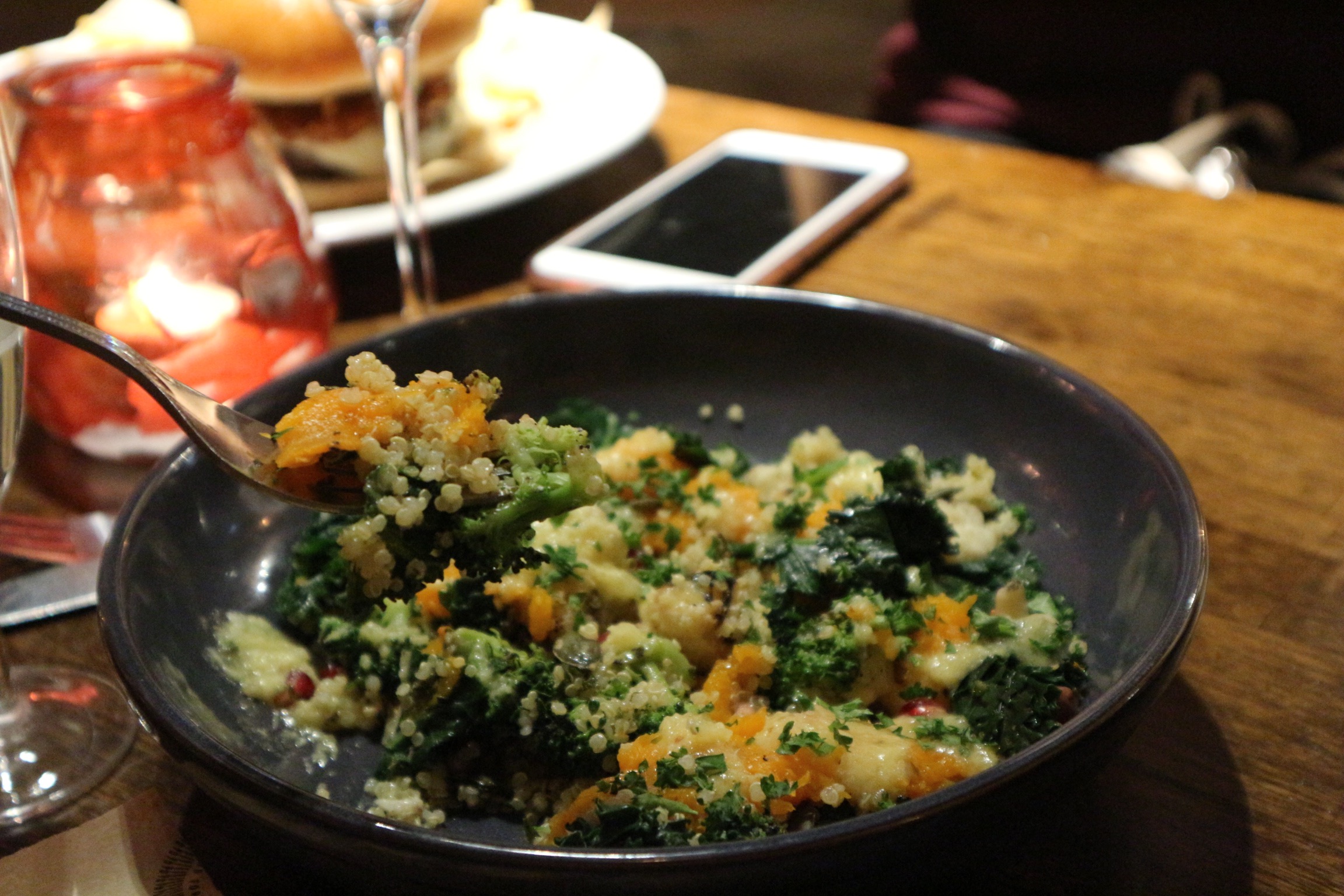 Tried the Chargrilled broccoli and  Quinoa salad and don’t rate it at all. It is one of the two main dishes that are vegan and gluten free so it has it’s merits. I would have preferred it as a warmed salad. 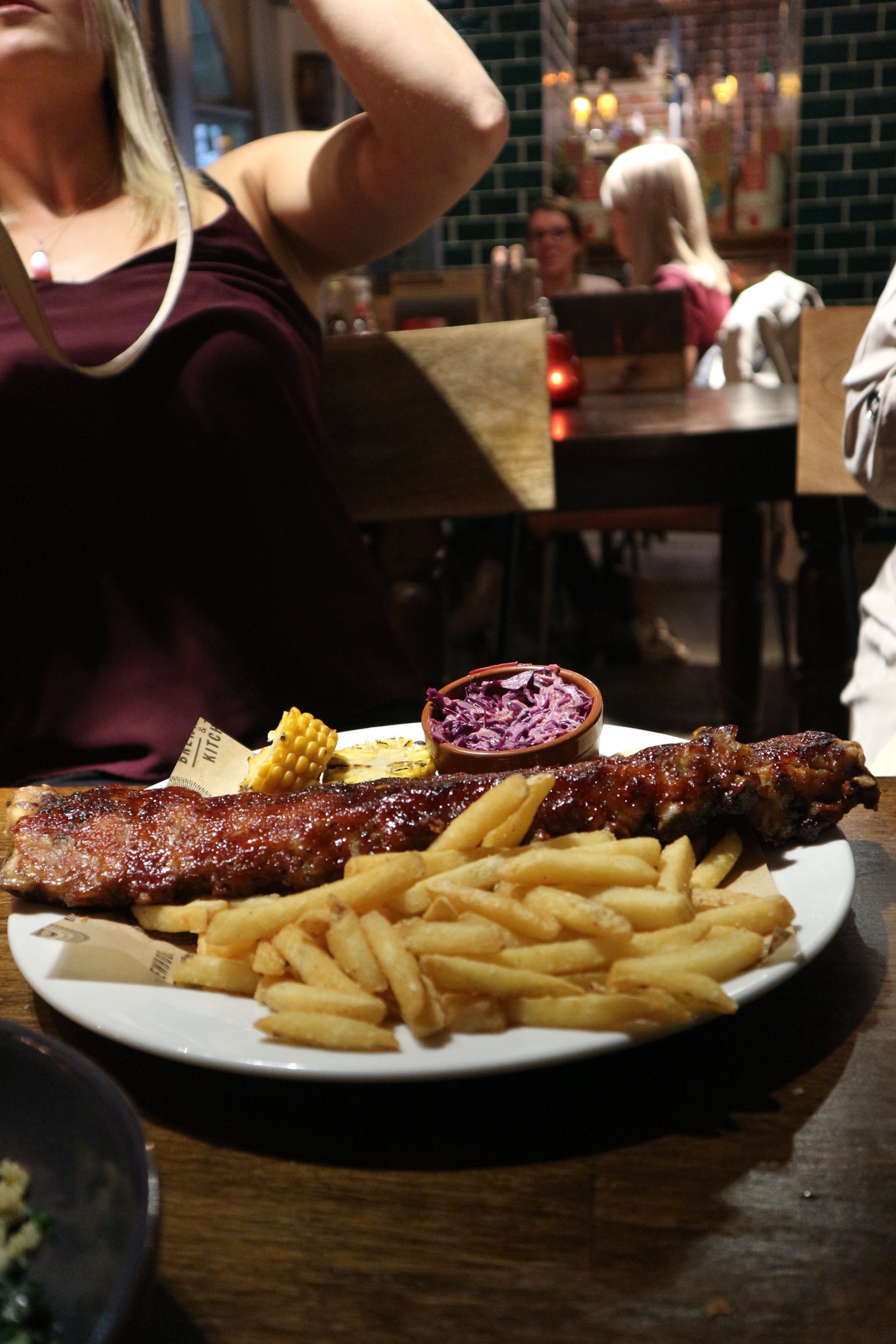 The mother load! A full stack of ribs with mini cobs and homemade slaw. Again can’t go wrong with ribs at all, they have been made to total perfection. But skip the slaw, you don’t need it. 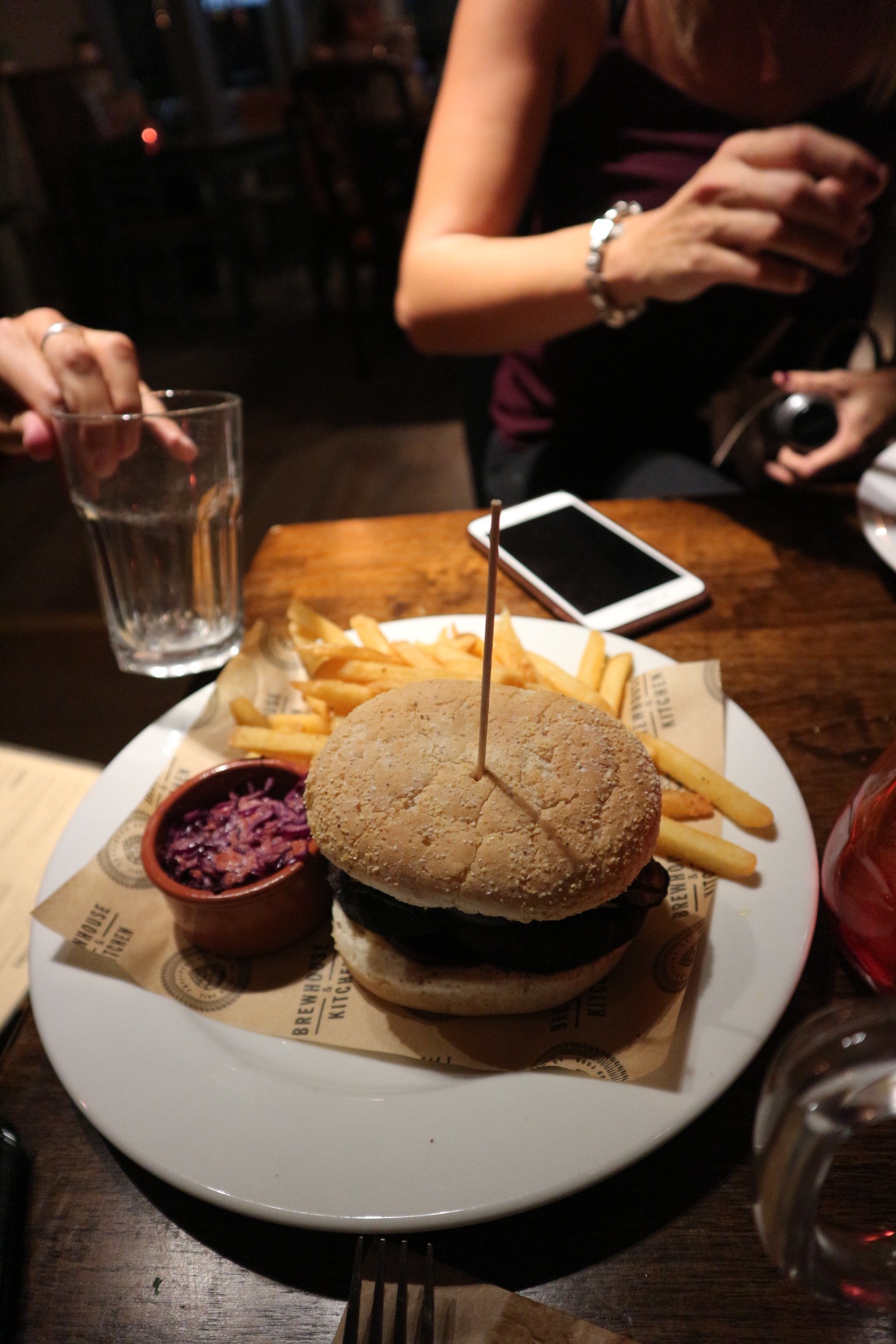 The veggie burger with vegan bun. It’s a stacked burger, six veggies in this bad boy. It still felt like I was eating a hearty meat burger but way healthier. Would have moved to have had the whole thing to myself and added the slaw into the burger for extra veggies and to take the edge of the dry bun.

An honourable mention comes to another veggie dish that I loved, the wild mushroom and thyme risotto that came on a butternut squash. A dish with some many of my favourite things in it. Mushroom, risotto rice, butternut squash. The squash was a little al dente. I don’t you can’t say that about food that isn’t rice of pasta but it was a little to the tooth for me. I’m used to it being mush softer. But still such a good dish, no picture because Tara had already gone to town cutting it into nine for us to all sample some. 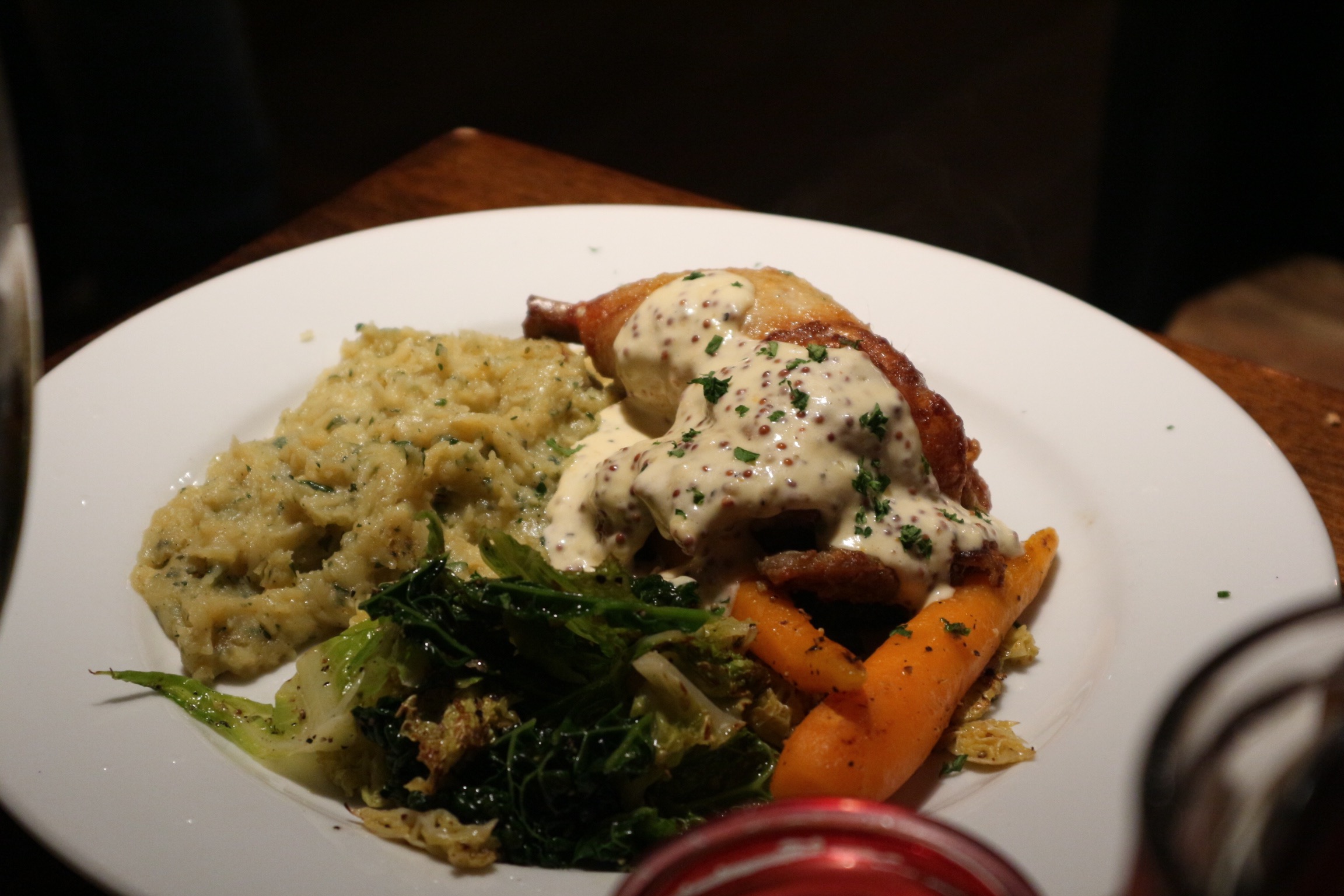 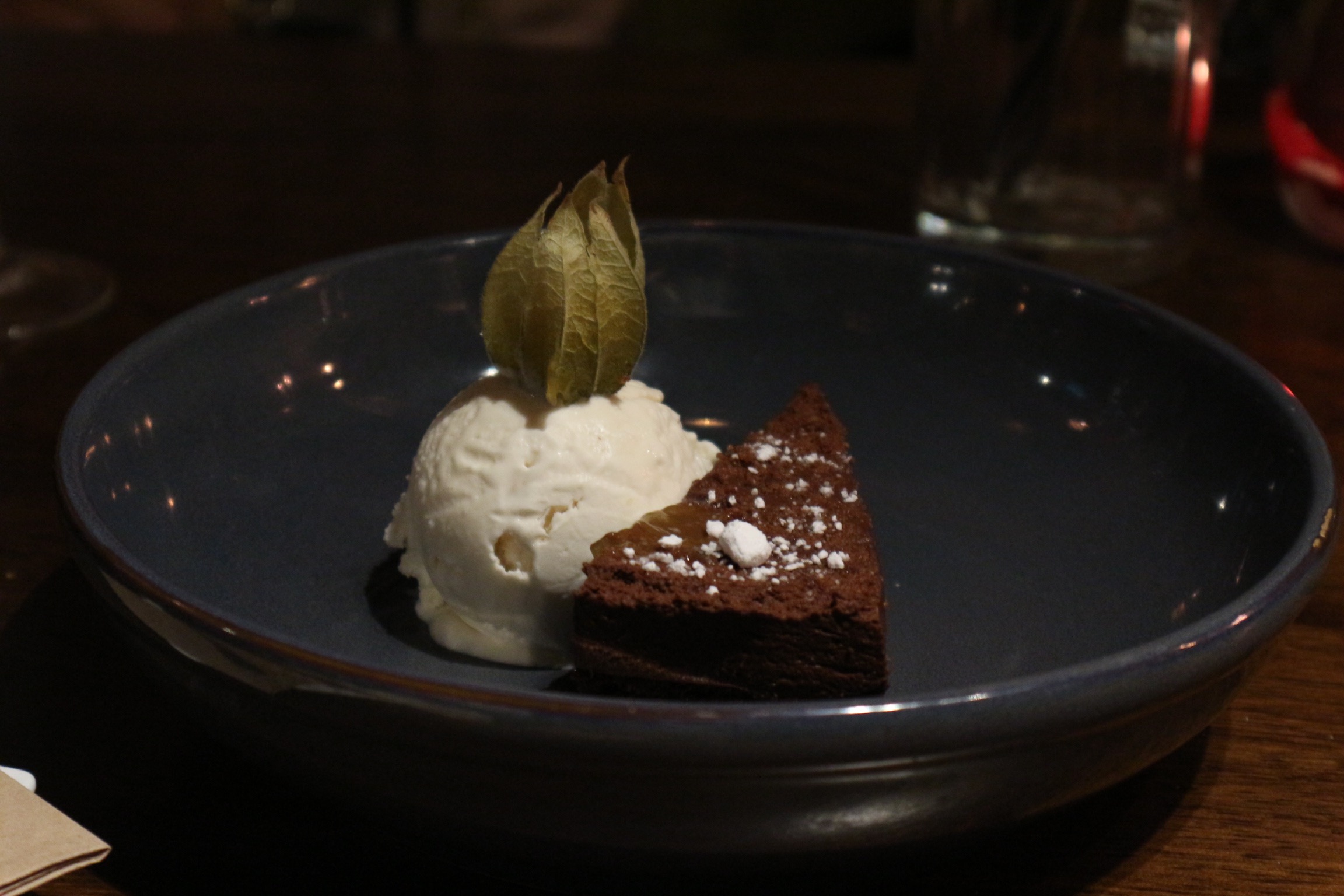 Our pudding taster was a chocolate and orange tart with vegan vanilla ice-cream. So delicious I personally find alot of chocolate vegan puddings very corse is texture but this was a smooth delight and the vegan Ice cream could rival any dairy one.

Thoroughly stuffed we wandered into the garden to admire the beach huts and have a group photo and of course outfit shots for me. 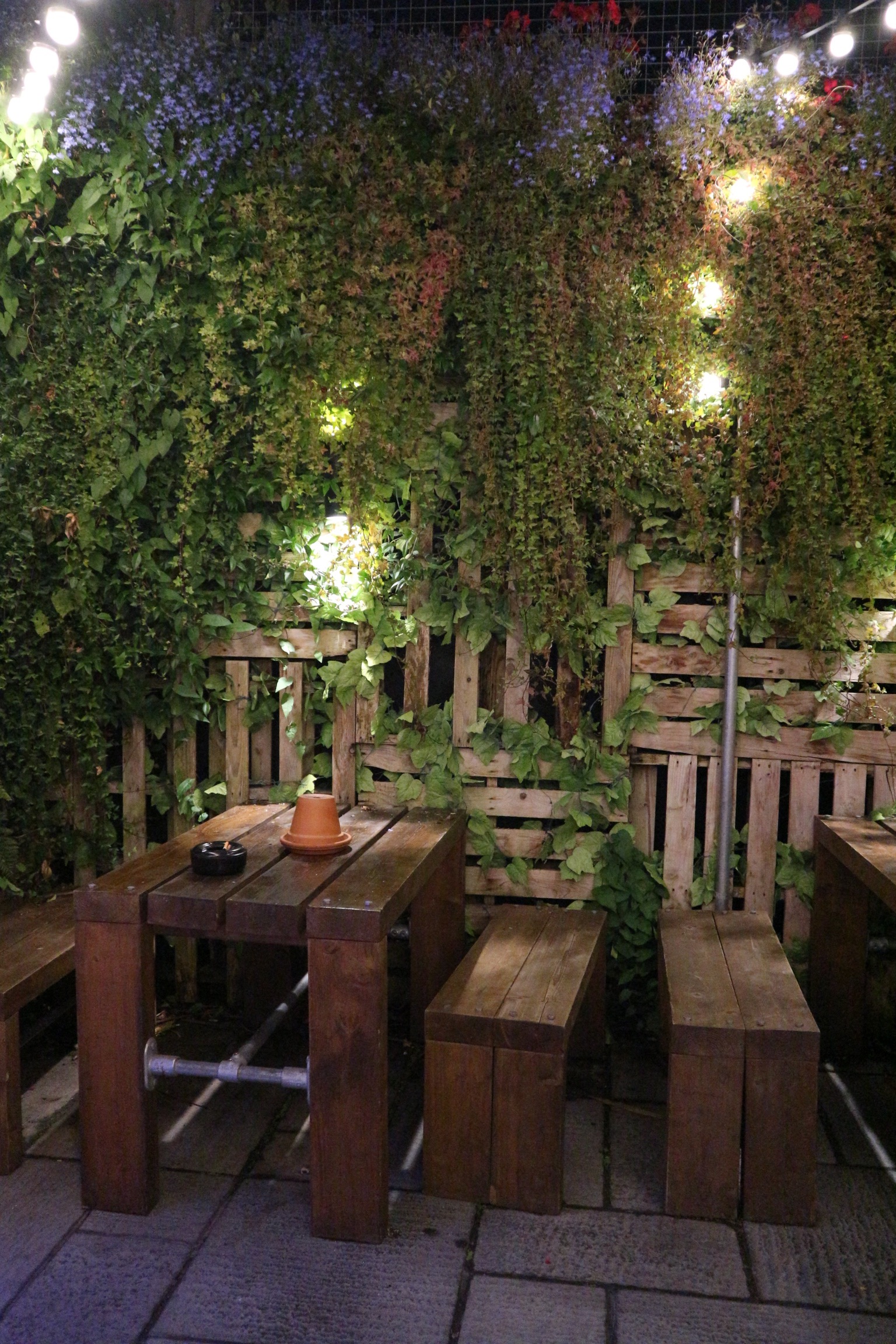 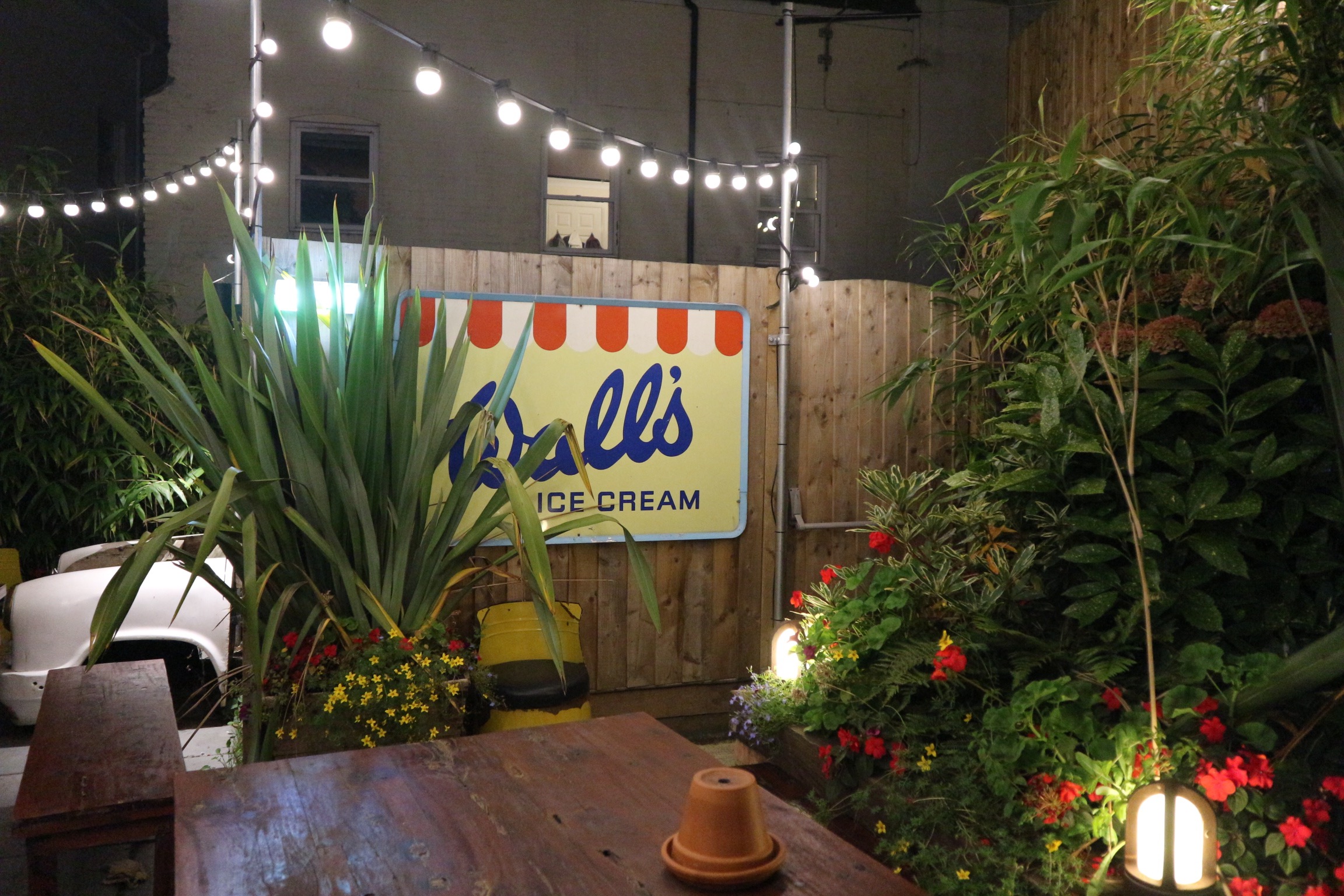 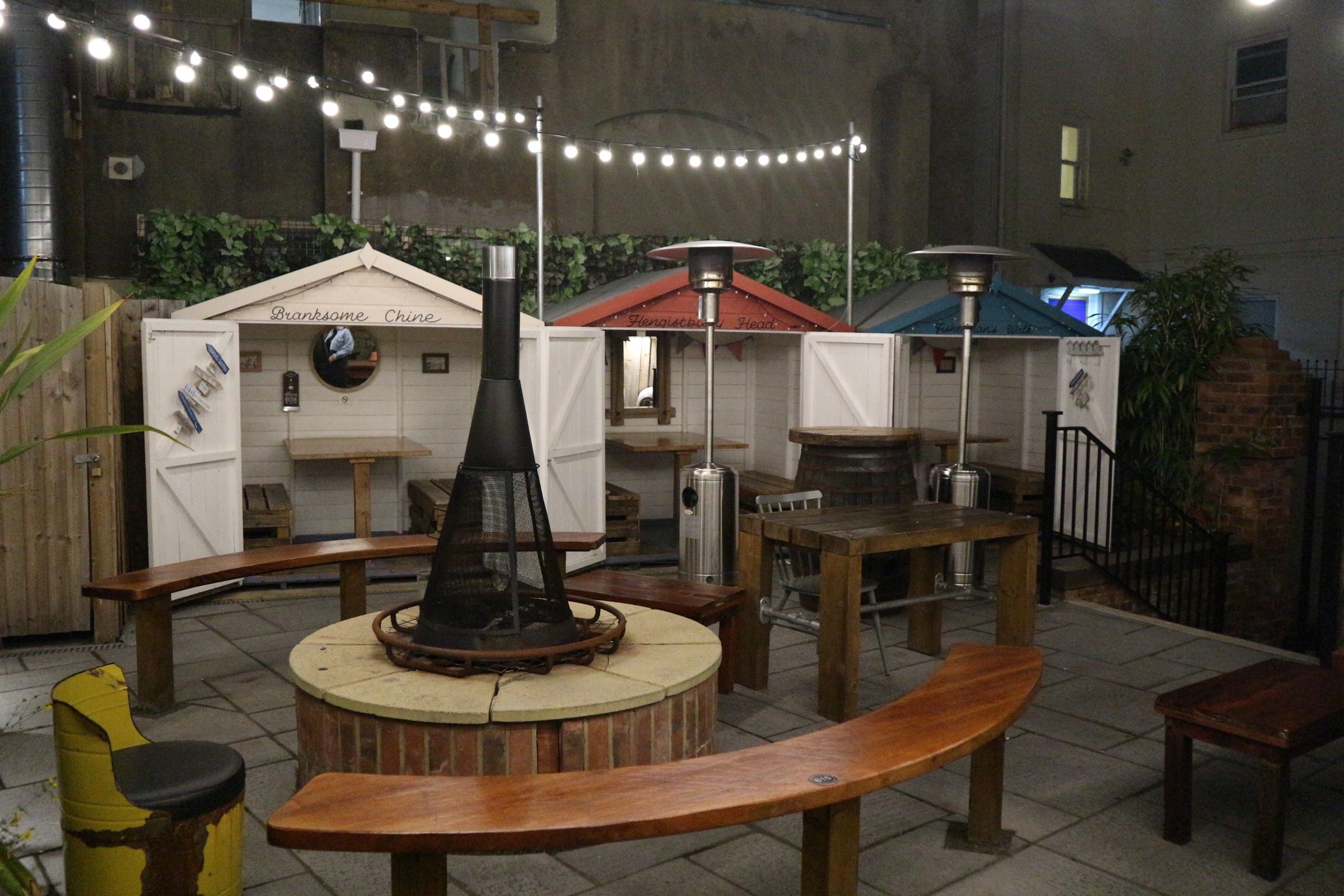 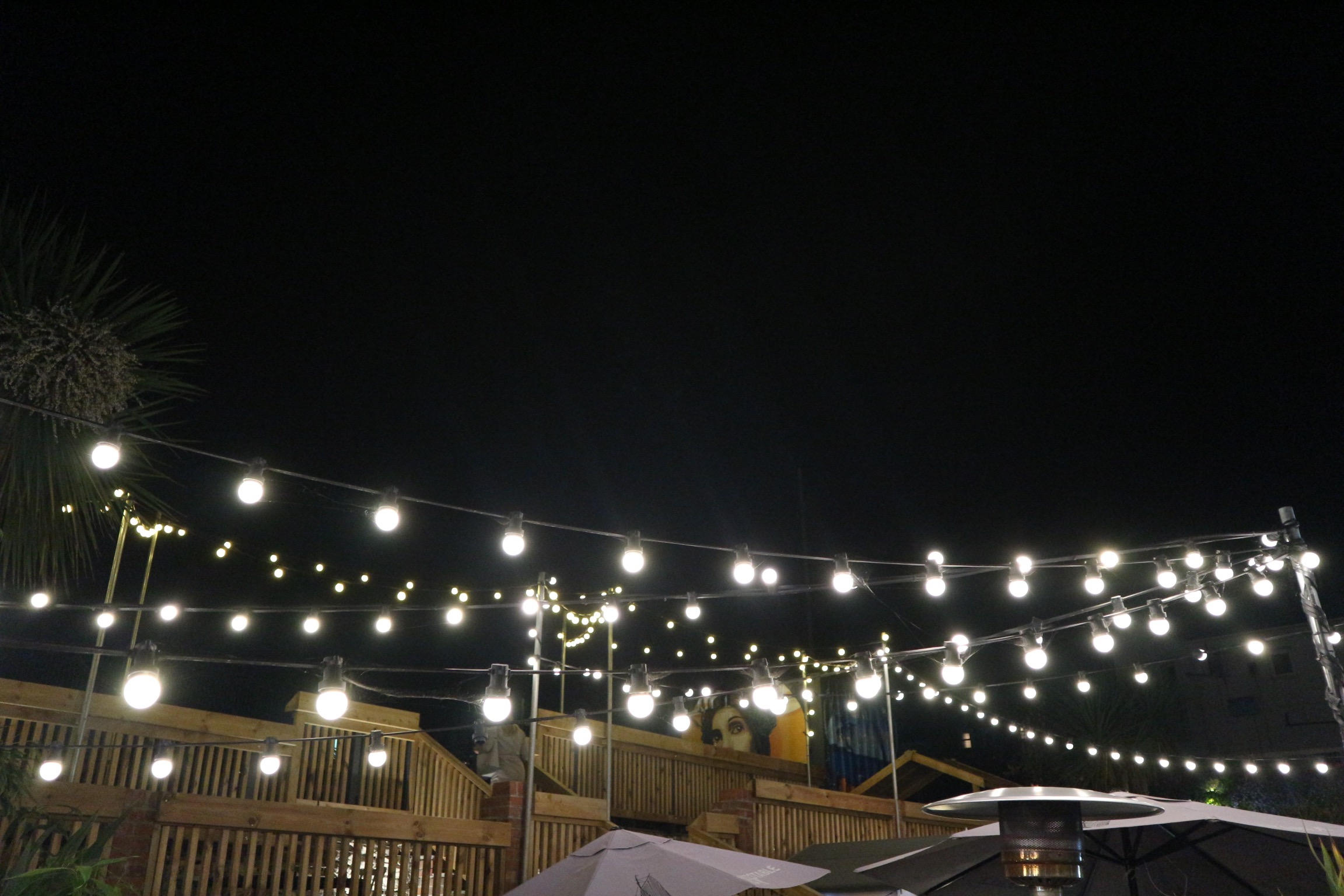 A thoroughly enjoyable evening with the best food, company and staff. I can’t wait to come back and try the christmas menu and maybe sample some beer next time.

Thank you to Brewhouse & Kitchen for having me.

Of course thank you to Emma and the Bournemouth bloggers for making the evening so much fun and organising everything. 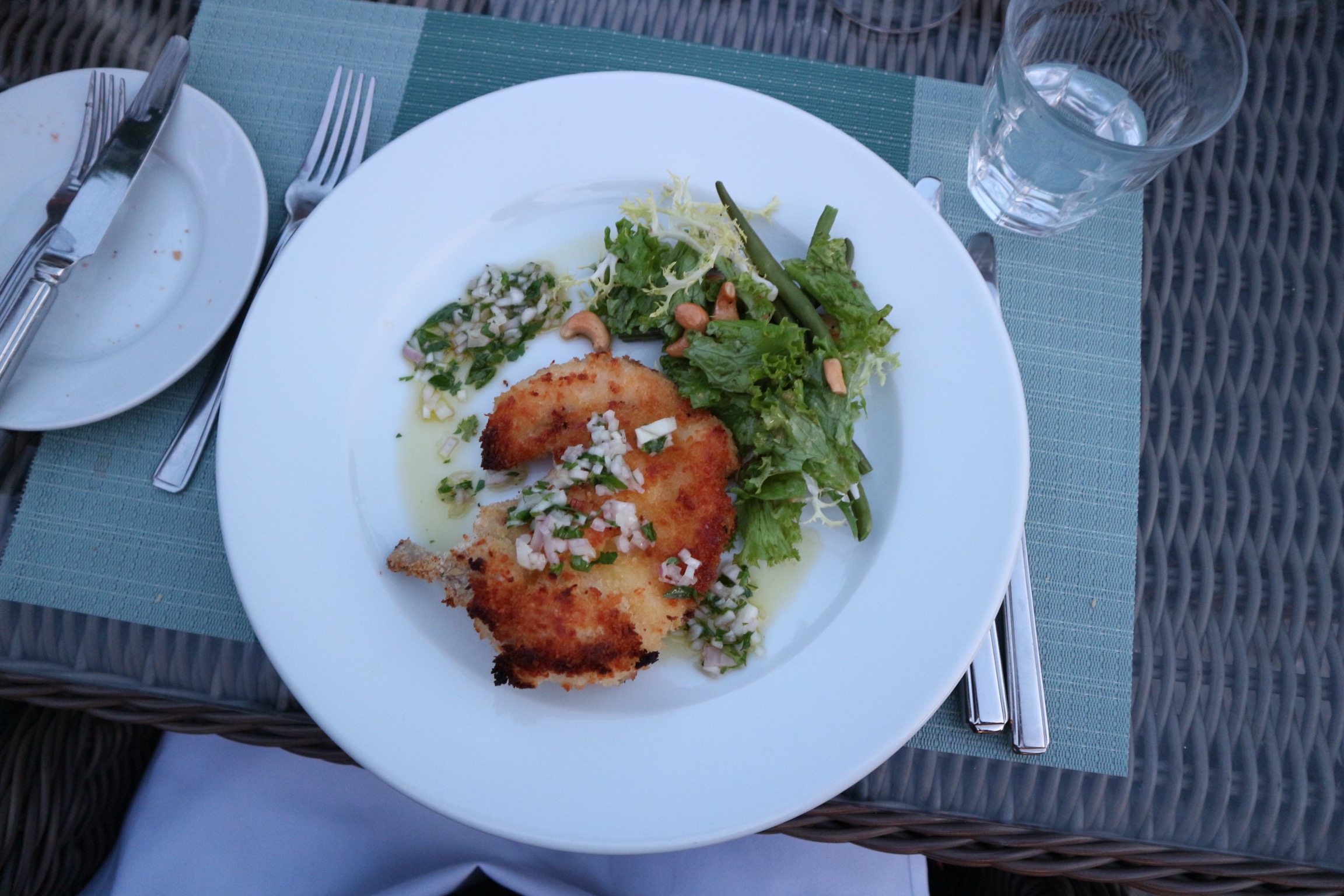 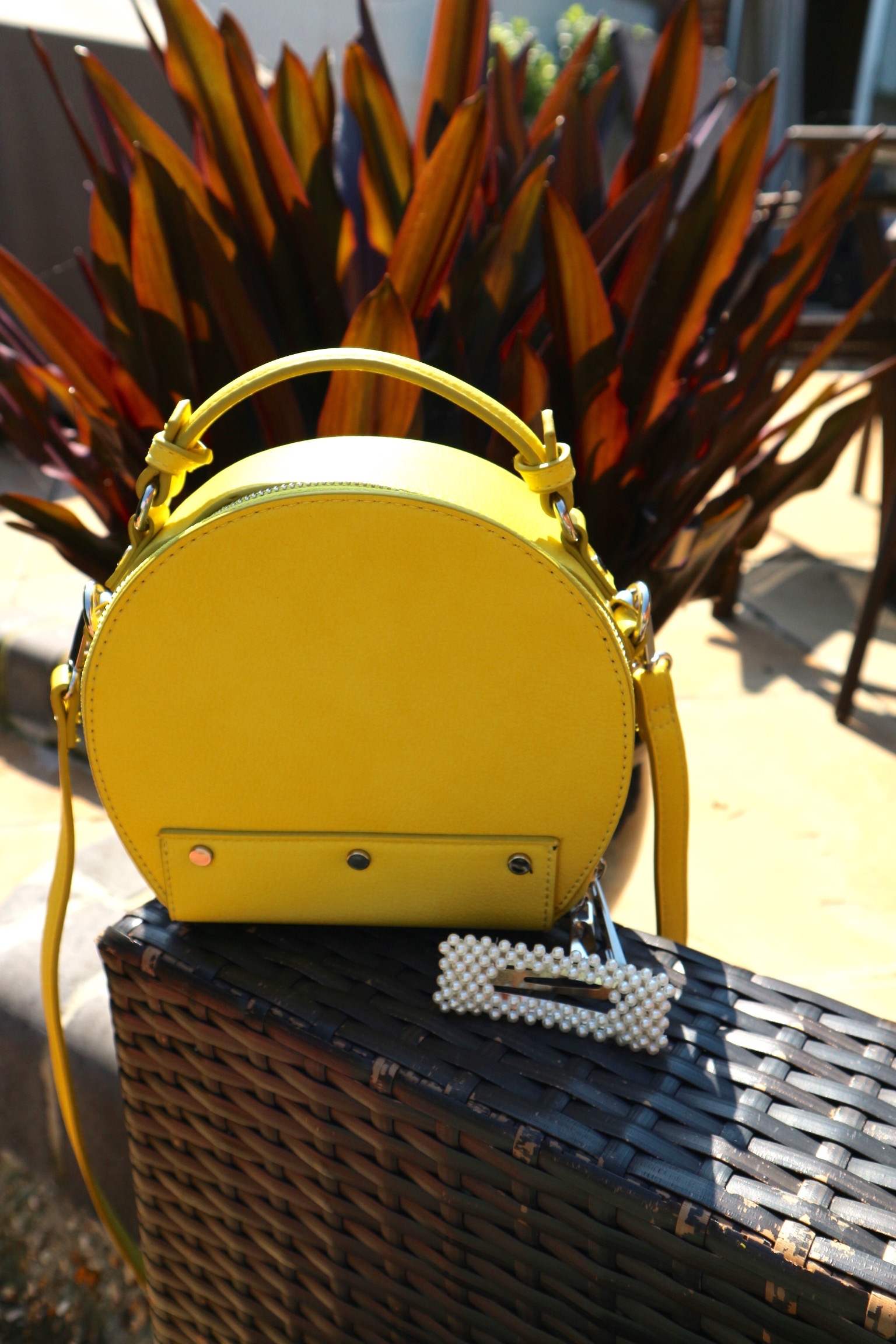 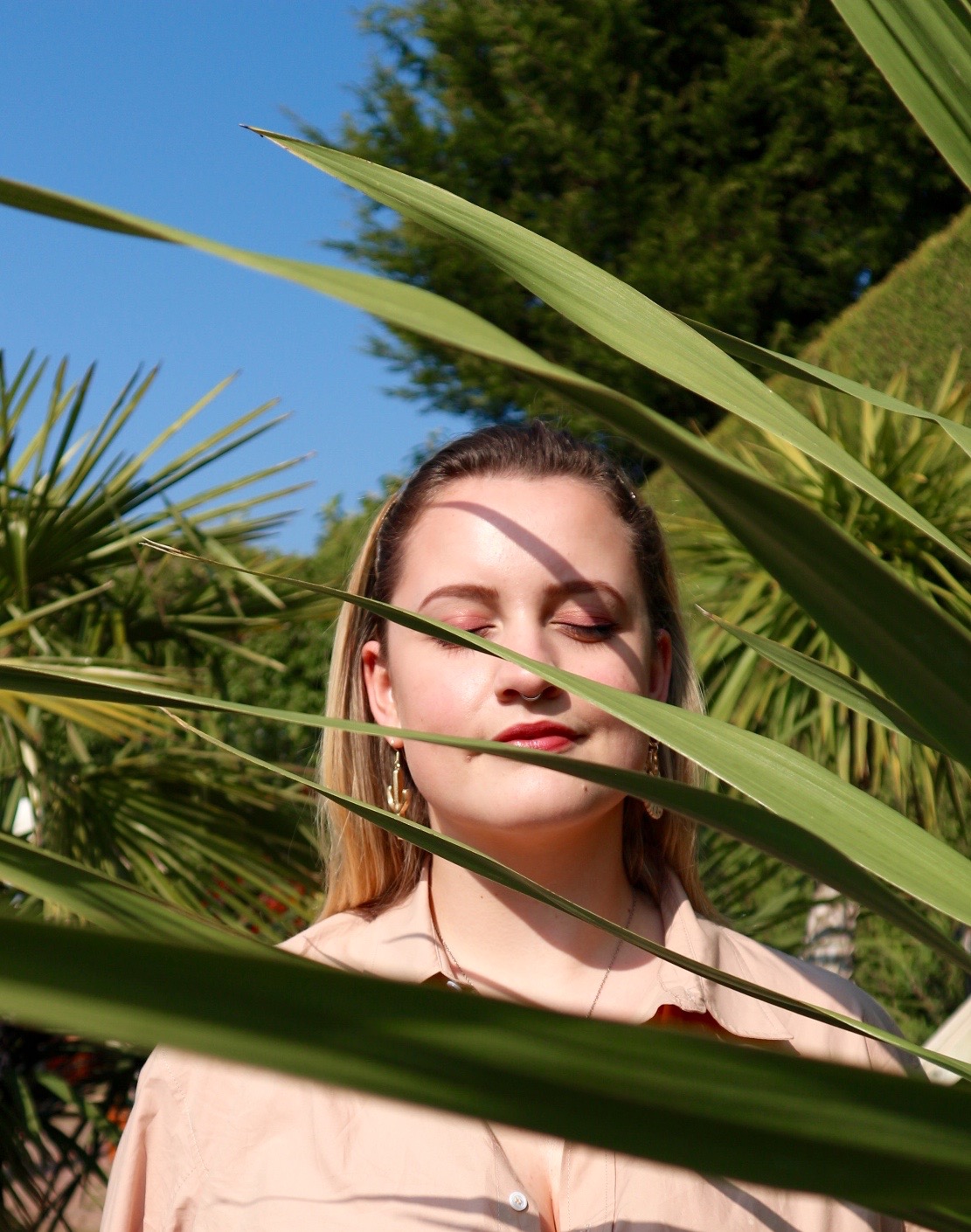 Knowing Your Self Worth